Elmwood Residences was founded in 1969 and was established as a community based residential service for adults with intellectual disabilities.

The intention was to provide supports and services that reflected a home and family life environment which would develop a sense of self-worth and belonging in each individual. 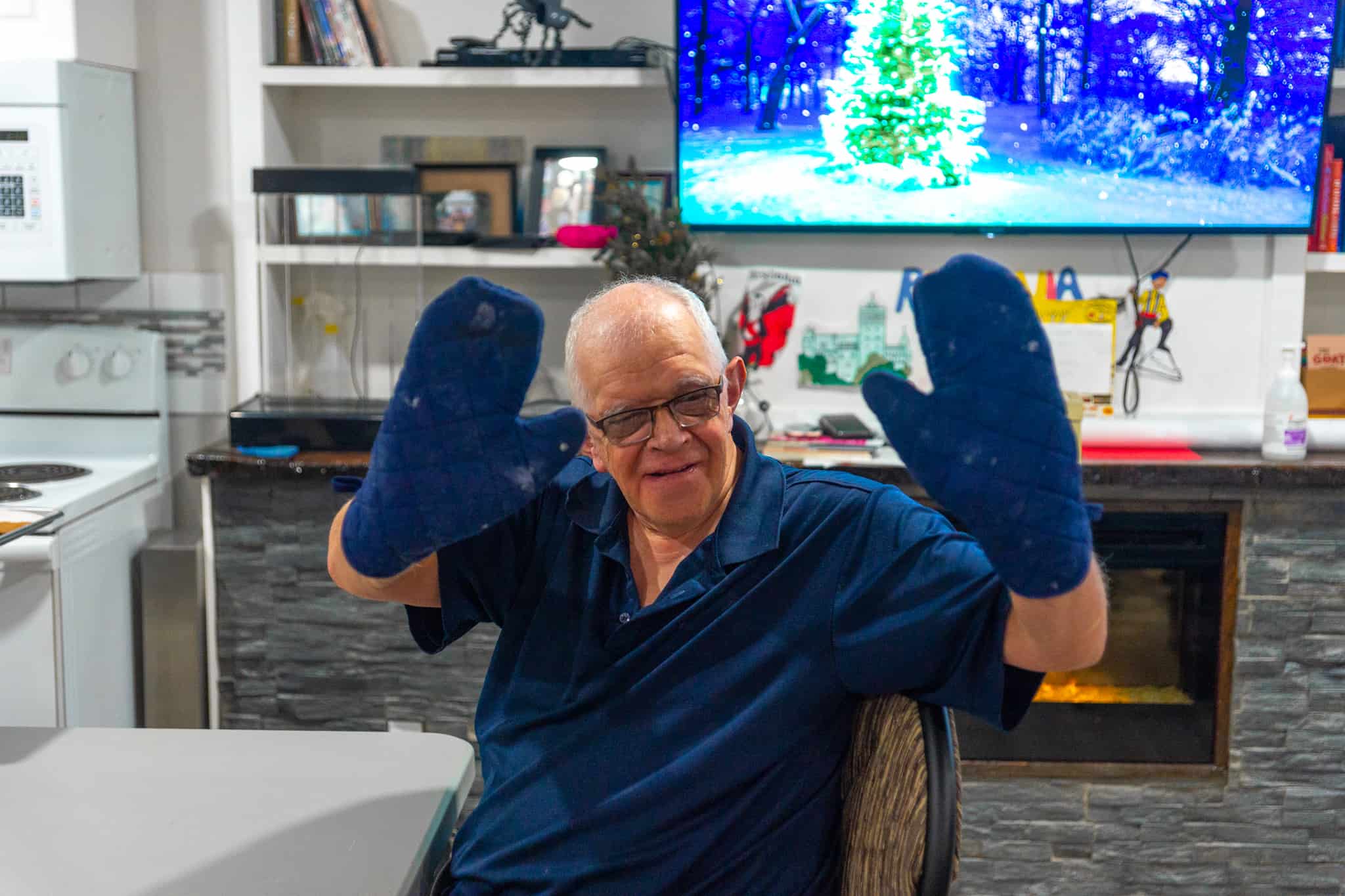 The first residents joined Elmwood in fall of 1969 and we currently have 35 residents
who call Kinsmen Manor home. Since the beginning of Elmwood Residences, the Saskatoon Kinsmen have been generous donors, both in financial and individual resources. On Sept 8th, 2008 the Manor was renamed Kinsmen Manor in recognition of the Kinsmen being a devoted and long-term supporter of Elmwood’s residential supports and services.

The residents who live at Kinsmen Manor are supported in many ways including physically, socially, emotionally, and spiritually which supports each individual to reach their full potential. Through generous donations, the McNeill Fitness Centre opened in January of 2013. This was an amazing addition to Kinsmen Manor as it provides residents who live in the Community Homes and Kinsmen Manor opportunities for recreational, physical and social activities.

The Manor also has a Family Activity Room which was recently renovated in the Spring of 2018. This smaller space facilitates opportunities for relaxation and socialization. It also has an accessible kitchen where the residents regularly enjoy baking treats.

as 100% of your donations go directly to making a meaningful difference in the lives of those we serve.

We at Willowgrove Pharmacy have thoroughly enjoyed working with the staff and residents of the manor and group homes over the past few years. Devin Elias and myself purchased the store in Nov of 2013 and for the first couple of years did most of the group home and manor deliveries ourselves. It always brightened my day to stop by the homes and interact with the staff and residents and see how happy and caring the atmosphere was.We see the value that Elmwood Residences offers to the community and are humbled to have the opportunity to be involved.

Elmwood has given my brother the guidance and opportunity to live a fuller life.

Elmwood has impacted my life greatly, I am happy to come here every day. It’s a happy place and the residents make my day”.

I enjoy seeing everyone together and interacting with each other, this gives me a sense of accomplishment and satisfaction that, as a Recreation Team, we are providing residents with a good quality of life.

As the newest addition to the Recreation Team, Elmwood has given me a meaningful career in Recreation. I have developed many amazing relationships with residents as well as staff at Elmwood. We provide a variety of programs that meet the needs and interests of the residents. I enjoy taking the residents out in the community and seeing the smiles on their faces as they are enjoying themselves and being included in their community.

Our connection to Elmwood’s Kinsmen Manor is through our sister. The staff are professional, compassionate, skilled and respectful of residents and their families. The physical environment is clean, comfortable and exemplifies a home environment

Our daughter is part of the Elmwood family living with 5 other ladies in a group home.  She has found her joy and purpose in life with daily activities and independence as she grows into a woman.  She has found her happy place! Being on the board is our way of giving back - for what Elmwood has given us.

I feel like a rock star when I enter Elmwood!  I am greeted by so many people with handshakes, high fives and hugs.

Without words, residents showed me joy manifesting itself from our human spirit and that they too want to live a fulfilled life.

I did not know of Elmwood’s support concept for those with various disabilities, and it was a huge eye opener, and a big learning curve for me, also thoroughly enjoyable! Just to watch how the system works, and to be a part the decision making process, was energizing! I just knew this would be a part of my life for a long time.

The employees have a special compassionate side to them that radiates when they work together to support individuals with disabilities. It is truly a wonderful thing to see this in action, and I am pleased to be a part of the Elmwood community.